Our Story Began with Our Founder’s Grandmother 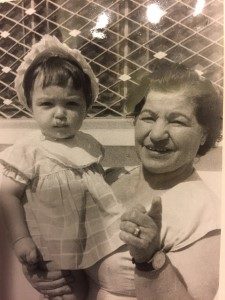 Growing up, I was fortunate to have my grandparents live next door.

My grandmother would often tuck me in at night and sit beside me, telling bedtime stories of kings and queens from other countries, real-life stories of prince and princesses and other non-fiction tales. There was this one true story she shared – and each time – she’d softly cry. I remember wondering why her voice would crack before she hid her face. As a child, I heard it many times – yet could not truly comprehend it until years later as a teenager.

On the outskirts of Turkish territories within the Ottoman Empire, thousands of people were dragged out of their homes by those with guns.

Knowing the rumors, the ones who could hear of the commotions in their neighborhood tried to grab whatever and whoever they could to go into hiding – trying to safeguard their children and loved ones, as they recognized the image of ‘terror’ in each other’s eyes.

Those who missed the clues or were surprised were found by the men on horses or soldiers with guns and daggers breaking down their doors. The soldiers dragged the occupants to the streets crying and screaming, all the while holding tight to their children, sisters or mothers.

One woman, holding her 5-year-old daughter tightly, was dragged out of her house by her beautiful braided hair. The black braids were wrapped tightly around the soldier’s large hand.

Hundreds of women and children were assembled and forced to walk for weeks at a time – a walk with little water and no food for long days and only a short pause. As a child, she remembered the distraught faces on the women, the cries and many moans, groans and even screams. She told of seeing young and not so young women being pulled out of line and disappearing (years later understanding that they were raped and hurt by the soldiers then sent back).

Then in an instant, the hand that was holding her is pulled away. She watches in bewilderment. Her hand still in the air as she watches her mom fall. The women behind bend, trying to help her stand up – commotion, yelling and she feels herself being pulled away…she gathers all her strength fleeing away, she runs to kneel beside her mother on the gravel. Watching her mother fighting for her last breath – she is gently dragged over her mother’s body by another woman who could barely walk herself, holding her hand. She keeps looking back and crying as the march continued.

Years pass – but the memory of her mother’s gentle touch and her eyes closing in the midst of chaos with cries and moans, the smell of dust everywhere by the galloping of the horses, and the loud voices of soldiers talking and ordering. Each scene and sound embedded into her memory – welded into the memory of the one telling me the story over and over. 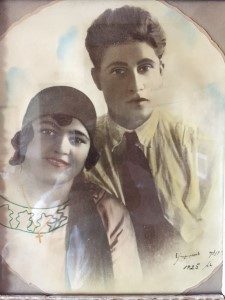 The memory of one motherless child – my Grandmother.

She would tell her story, their story and our story as tears would well up or flow. She’d share how she and thousand others (men, women, and children) became orphaned during this tragedy and recalled the time I later came to call ‘The Walk’.

Children like her were taken to different homes and orphanages, and hundreds were shipped out to different countries. With her luck, she was placed into an American family’s home where she grew up and stayed as a helper until years later when she met her future husband and married at age 14.

My family and I considered ourselves lucky and fortunate to have a true living, breathing history as a mother, grandmother, and great-grandmother in our lives. Rosaline (Rosa) lived to be 93. With no formal education, she taught herself to speak seven languages and read in four. She read the entire Bible three times before her 90th birthday.

Never-ever live your life with hatred – but never-ever forget what happened to you. One is a feeling – the other a thought. Open your heart to feel and keep your thoughts sharp and clear.

The aftermath of such a traumatic early loss can have many different effects. One common trait motherless children learn is total self-reliance and independence. Learning to take care of themselves no matter who, or what, may leave them in the future. Many believe they cannot count on anyone or anything but themselves.

Motherless children tend to grow up much faster. When you have to raise yourself without your Mom, especially with the constant emptiness, want of nurturing, joy, love, and femininity. The story of motherless children, so present through my life, was the foundation for my starting HealWithin International. My dream and goal is to build a healing center dedicated to all motherless children. We’ll call it Rosali’s Healing Center. 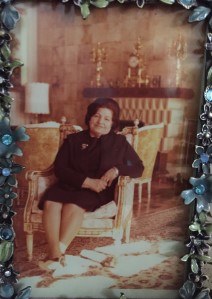 Will you be part of my dream?

Empowering and Healing Minds and Hearts

Please think about those you may know around you…at home…at work…at friends and family gatherings. Help us give each being that reaches out to us, a place to open their heart, expand their minds, heal and transform their lives.

All support is appreciated,

🎉Our goal is to elevate the lives of #motherles

✔️Join us today, to contribute to the developm

Did you know that there are many benefits to #crea

Your generous donation will support ONE CHILD to r

Did you know sound healing is an ideal treatment f

@healwithin_international is offering Self Esteem

What #meditation can do is change how you choose t

💫Have you been curious about the colors of Chak

A child’s overall development is shaped by diffe

💫We all know the stigma attached to being diffe

💕Our commitment to make a difference comes from

Did you know that there are many benefits to creat

Self-esteem begins with saying Hello in the mirror

Mindfulness meditation is the silence and stillnes

When children lose their mother, they lose the all

A child’s biological makeup creates part of who

When you give to us you are:
• Opening hearts
• Expanding minds
• Transforming lives

Rest assured that your privacy is respected and kept in complete confidentiality.